Globe valve is widely used by sliding stem valve or linear motion valve used to regulate flow in a pipeline. Globe valves are named so because of the spherical body shape.

The valve plug is the essential part of the globe valve. Because the plug absorbs the pressure of the flow (with a pressure loss across the valve) the plug design is an important consideration in determining the flow characteristics of the valve.

When the actuator moves to close the valve, the plug moves down to the seat closing the seat. The plug closes the seat completely allowing the no fluid to pass further. The actuator rises up, pulling the plug out to pass the fluid through the valve.

Bonnet and the valve body are perfectly sealed and round in shape so that it is called a globe valve. Due to the shape, it has more pressure capacity.

The most widely used valve is the single-stage orifice and plug assembly. Multistage orifice elements are usually found in trim designs to reduce noise, erosion and cavitation.

Cage valves use the principle of cage guiding, where the plug rides inside the cage. This is common in most valves. As the plug is aligned by a cage, the valve effectively self-aligns itself so that during assembly all the pieces fit together. The correct alignment reduces the problem of side load. The cage valves are not used for viscous fluids. 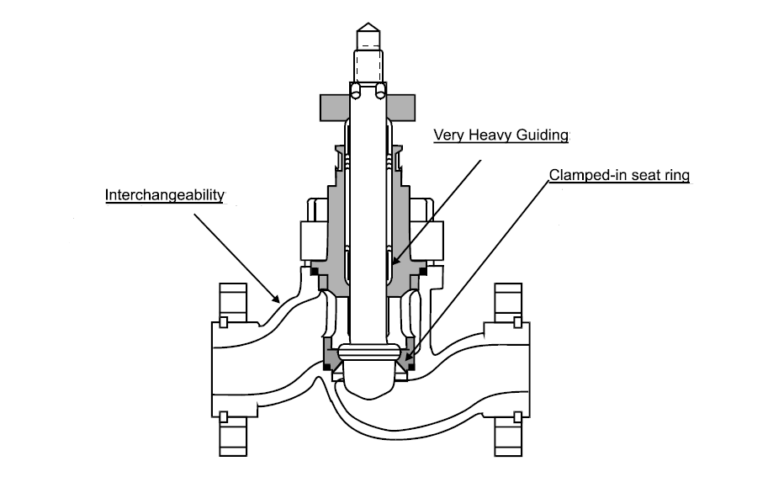 The cage valve is characterised by the shape and size of the cage windows. Cage valves are popular due to the variety of trim types available. The trim type may be selected for various performance such as reducing cavitation (anti-cavitation trim), or for reducing noise.

There are different types of valves classified based on the valve body design and operation. 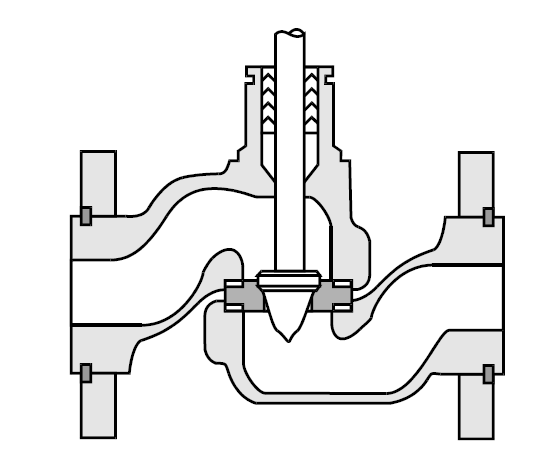 The single valve body is formed by joining two different parts, joined by the valve seat as shown in above picture. Because of the T shape, it is called as Tee shape valve.

The design has the lowest coefficient of flow and highest pressure drop.They are used in severe throttling services, such as in bypass line around a control valve. 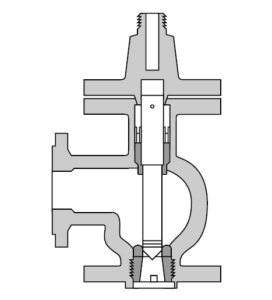 These valves can be likened to mounting a globe valve in an elbow. The exiting flow is 90 degrees to the inlet flow. It can handle slugging effect so they are used for applications that have periods of pulsating flow.

Using this valve can eliminate the elbow. The Angle valve has little restriction on the outflow, so if flashing or cavitation occurs then it tends to do so further downstream from the valve. This saves not only on the maintenance life of the valve but also minimises any degradation in valve performance. 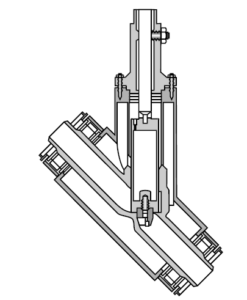 The seat and the stem are at 45° angle, this type is an alternative for a the high-pressure drop. Even though the valve stem is at 45°, it has a straight flow path. They are mainly used for drainage applications, operating at or near the closed position.

When installed in a horizontal pipe, the flow is maintained at horizontal direction but stem will 45° inclined maintenance is impaired with the added difficulty of aligning and handling the components. 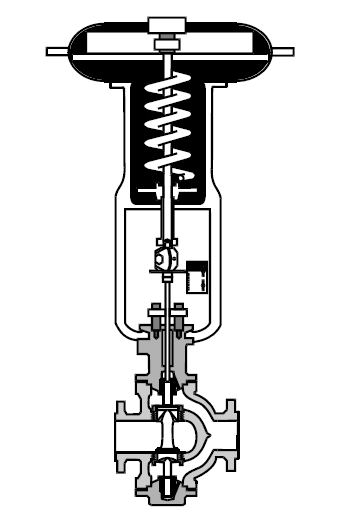 Another globe valve body design is double seated, there are two plugs and two seats that operate within the valve body.